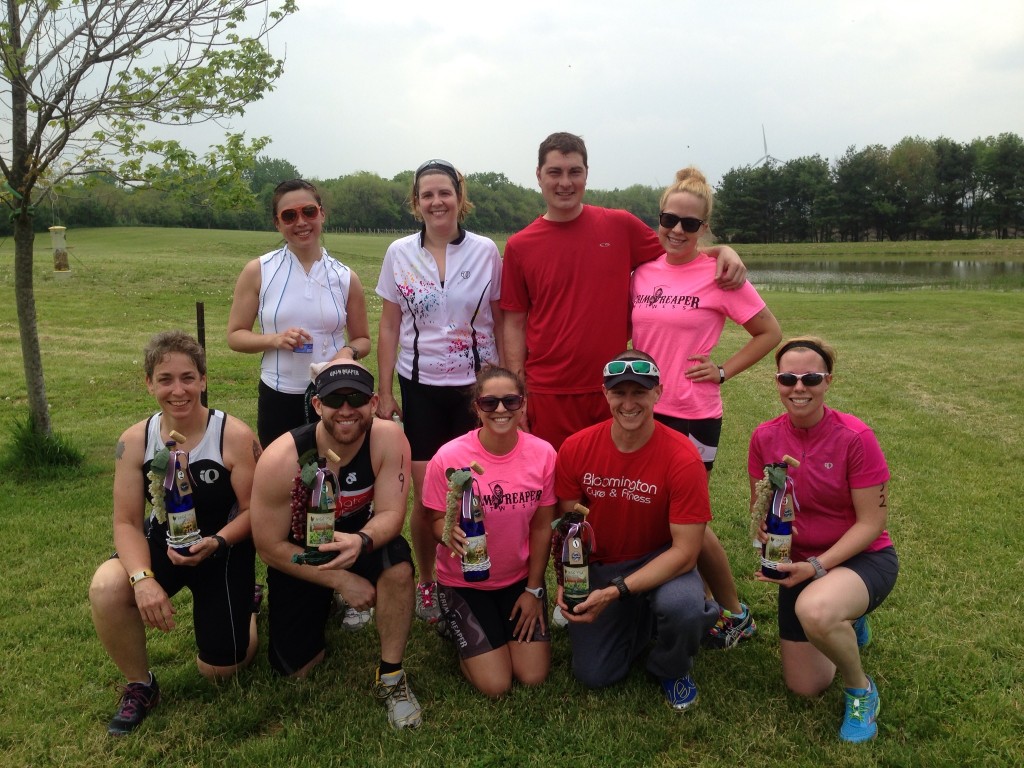 I have had many proud moments as a coach but today took the cake.  A little over 40 athletes gather for the Ride Basque Duathlon in Carlock, IL.  This duathlon was put on by Jacob Well Church as a fundraiser for a group mission trip to the Basque country.  A group of 10 intends to visit with friends and ride over 300 miles in Spain and France.  Now that is a fundraiser I can get behind! 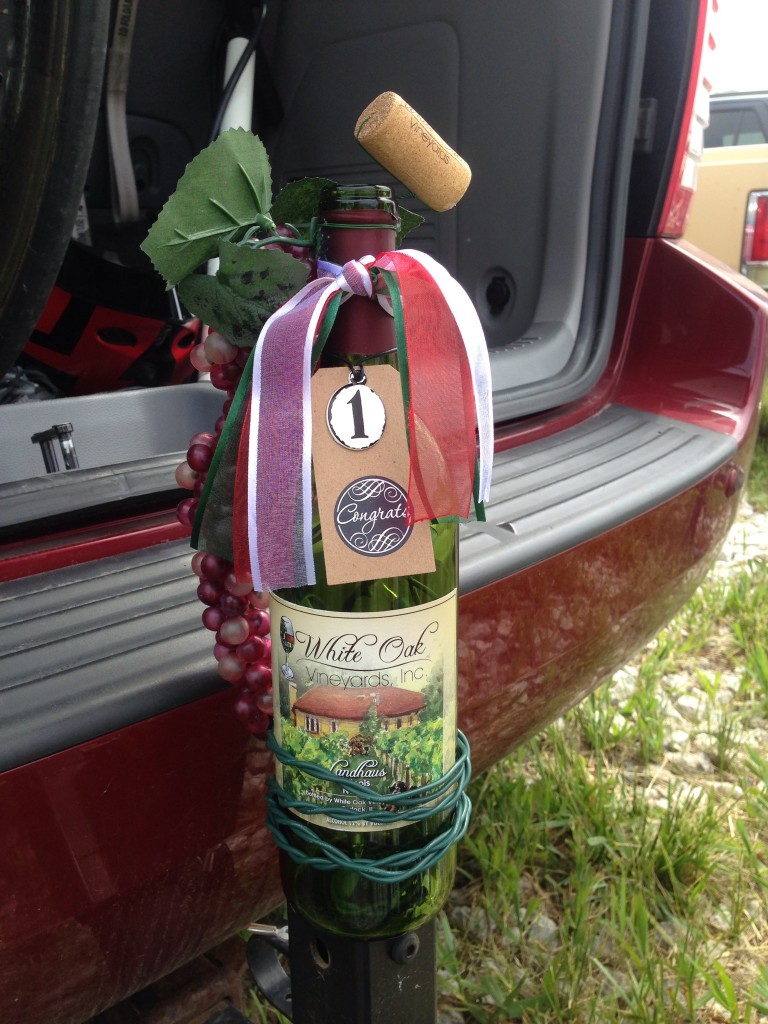 The race consisted of a 16mi Bike and a 5k run (though our Garmin’s had 15mi and 3.5mi on the run…details).  The course had some pretty tough rolling hills (for Central IL) but the weather was perfect and the Reaper’s were ready to roll.  Today’s race saw the first multisport event for most all of the Reaper’s and the results were awesome.

It was awesome to see our athletes cross the line, safe and secure and proud of their accomplishment.  This was a great step towards the rest of the season and built much needed confidence and pride.  At the end of the day awards were granted to the top 3 females and the top 3 males.  Notice the super cool awards that were wine bottle lamps (ahhh the joys of Pinterest)! 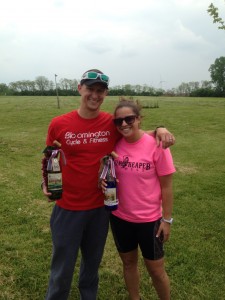 For the females, the Reapers took all 3 podium spots! Robin Weissman came out and took 1st for the females, followed by Kay Caldwell in 2nd place.  First time multi-sport athlete, Kathren Sammis, rounded out the podium in 3rd place.  Also, having a great race were Renee Weber (4th) and Courtney Yamada and Summer Seiki.   Great job ladies on a clean sweep!!!! 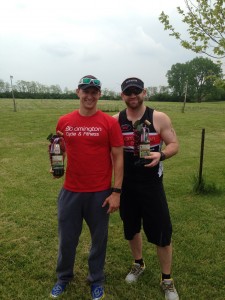 The men saw Coach Rankin win his first overall race title followed by first time multisport athlete Tom Keller in 2nd.  Now if you know Tom, this is no surprise as he is a beast!  This meant that out of 6 awards possible, a Reaper took 5 of 6.  Great job crew, I am proud of your achievement and on to next weeks final tune up before Tri-Shark! 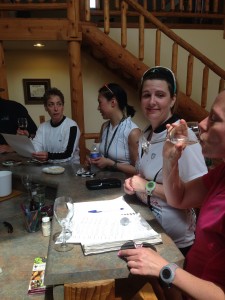