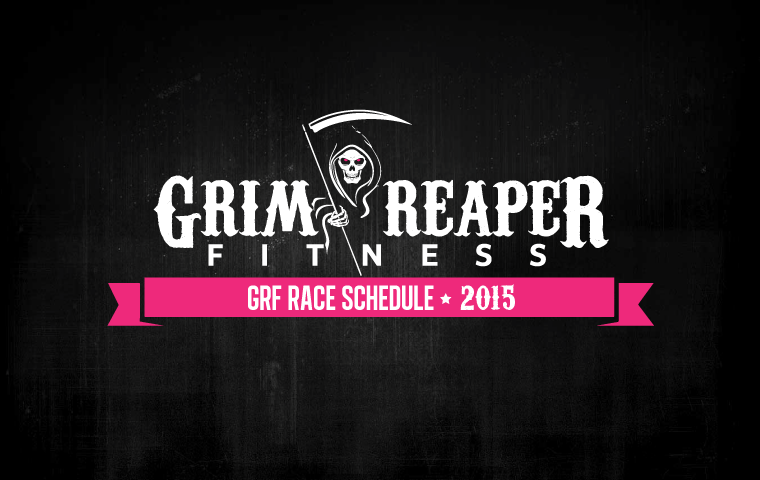 Grim Reaper Fitness has announced its 2015 race schedule, highlighted by its drive to repeat as USAT Mideast Region Champions and improve upon its 2nd place finish at USAT Club Nationals.

GRF won the Division III USAT Mideast Region Club Series Championship in 2014. Due to increased membership, GRF is likely to compete in Division II in 2015. In addition, the club finished 2nd at USAT Club Nationals, hosted by the Chicago Triathlon, in 2014. In 2015, GRF will travel to the Halfmax Championships in Innsbrook, MO, outside of St. Louis, with the goal of finishing first.

GRF will also be supporting local charitable events, including Run for Hope in March, Run for St. Jude in August, and the We Care Half Marathon in September.

The rest of the scheduled is highlighted by events from race sponsors Tri Harder Promotions, Racemaker Productions, and Challenge.

If you’re a GRF member, you should receive a version that includes GRF discount codes for a number of races. If you’re not a member and would like to be, please check out the benefits of GRF Club Membership and contact us today!