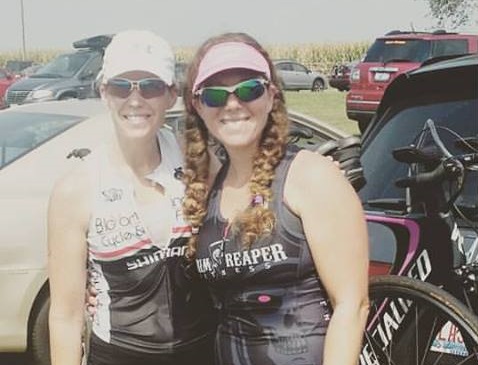 Not many Reapers were out on the race courses this weekend, but the ones that were did very well.

Bryan Heppe, competing at Try 32 in Indianapolis, and Scott Gamboe, Jess Miner, and Gwen Talaski, racing at the Great Illini in Mattoon, all won their age groups, while Matt Cuttell, Kris Hohulin, and Jason Sturdyvin all posted top 5 AG finishes.

Gamboe, Miner, and Talaski were the only Reapers at Mattoon on a hot, humid day. Gamboe raced the 70.3 distance, finishing at 5:29:53 to win the 45-49 division on a day that many racers had to walk portions of the run course.