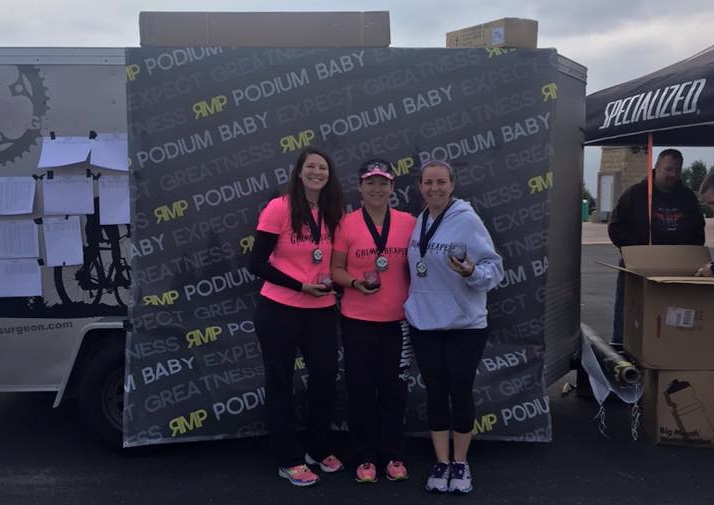 Wind was a factor, causing chop in the water, slowing the cyclists, and blowing in the face of runners on the last half of the run course. Tuuk 1:44:29 on the run jumped him into 10th.

Buck Manley finished the race despite fighting cramps and knee issues the last 10 miles of the run.

In the Aquabike, Kris Hohulin was the second women’s finisher coming in at 3:51:44.