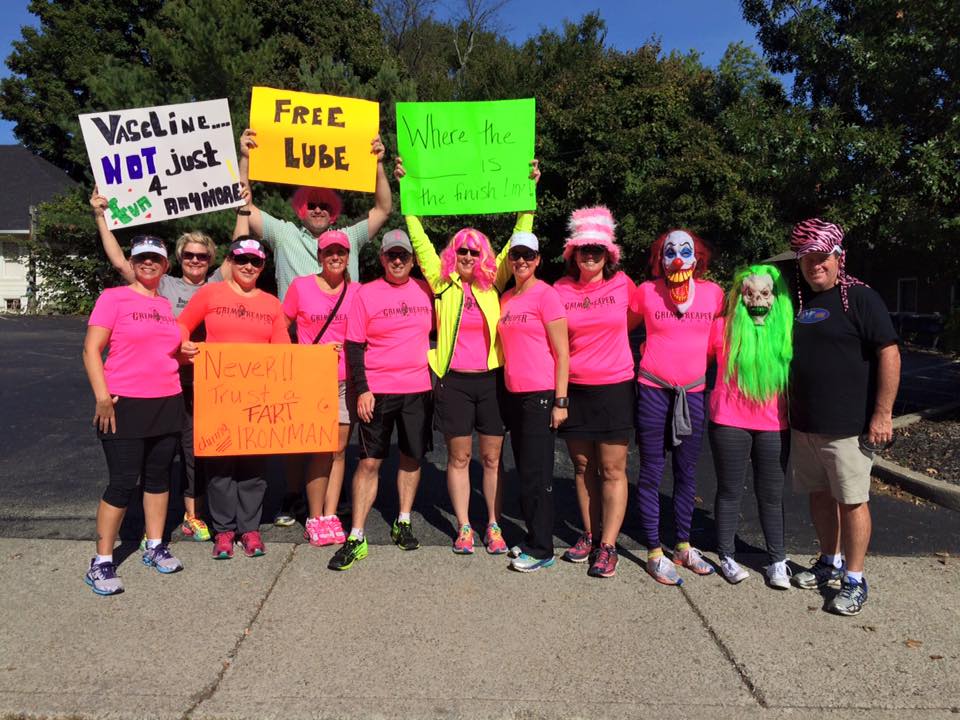 David Quinn, fighting a lower leg injury all year, had the best single-leg performance of the day for GRF. Quinn, competing in his 8th Ironman, completed the swim in 1:00:27, good for 4th in the 50-54 Age Group, before effects of the injury slowed him on the run.

Lisa Kiley was the final Reaper finisher, breaking the tape at 15:41:05 to a big reception from her Reaper teammates. Kiley best event was the swim as she came in at 1:19:33.