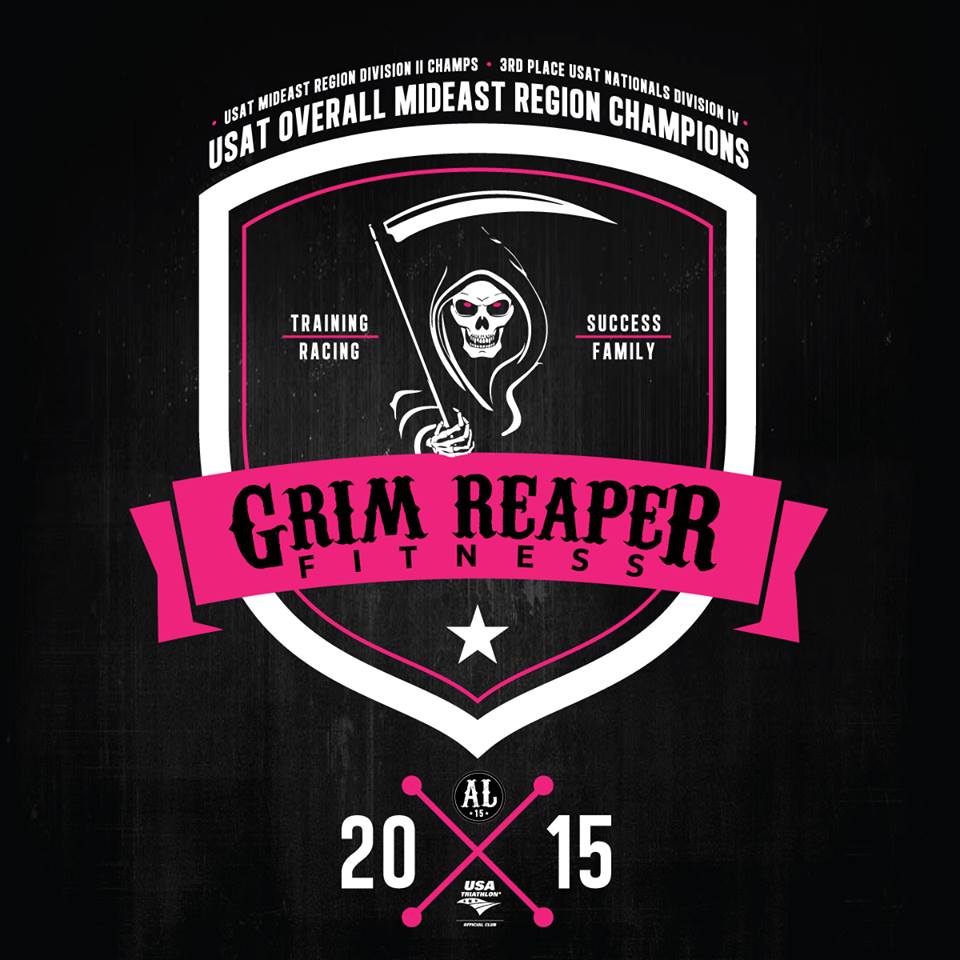 GRF, which placed 3rd at USAT Club Nationals in Innsbrook, MO, this September was formally recognized as the Division II and overall champions in the five-state USAT Mideast Region. Individual club members earn points for participation and performance, and points are also awarded based on club participation and distance traveled.

“The 2015 season is a continuation of a system of success that our athletes have established,” said Erik Rankin, founder of Grim Reaper Fitness. “We race and train together and support every athlete no matter the skill level.  Having a club that counts on everyone to contribute has fostered a strong sense of community and family.”

Last season, it’s first participating in the Mideast series, GRF won Division III, which is for clubs with fewer than 30 members. In 2015, GRF moved up a level, competing against clubs with 30 to 88 members. The club battled Indiana-based Tri Loco all season, but narrowly prevailed with 1,788 point to Tri Loco’s 1,760 – a difference of less than 2 percent. Both clubs easily outdistanced the Division I (clubs of 89 or more members) champion, with GRF being named the overall Mideast Region champ.

“Moving up a division this year was a large step,” Rankin said. “To finish not only on top of the division, but the entire region, is a testament to the strength and determination of our entire organization.”

From April to October, GRF members participated in 24 Mideast races, covering all five states – Illinois, Indiana, Michigan, Ohio, and Kentucky – in the region, as well as other races around the country.