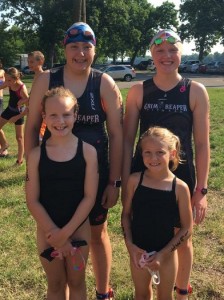 On Saturday at the Tri 2 Beat MS in Chillicothe, IL, Lily Matthews won the overall title in 11:42.