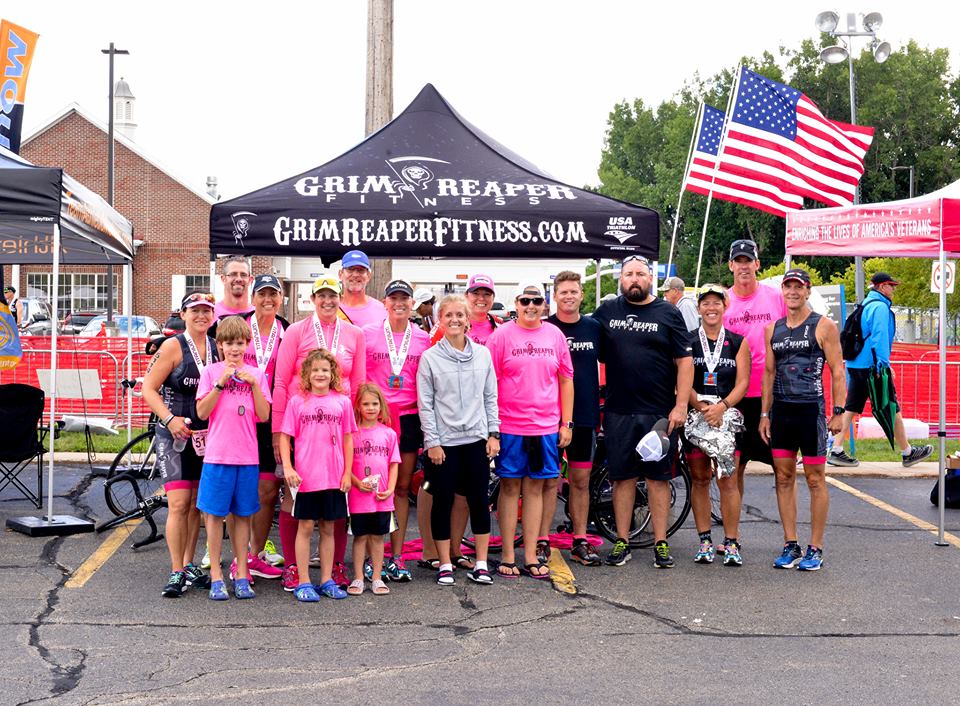 While Grim Reaper Fitness’ Jason Huber was placing 5th overall at the Peoria Triathlon Sunday, another group of Reapers were accomplishing personal firsts at Michigan Titanium at Grand Rapids.

Seven Reapers were participating in longer distance races for the first time. First on the list were Carey Weaver and Kim Tegg, who each competed in the iron-distance aquabike – a 2.4-mile swim and 112-mile bike. Weaver was 6th among men with a time 7 hours, 35 minutes, 3 seconds, while Tegg completed the race in 9:31:45.

The final first-timer was Riley Cate. The 13-year-old completed her first Olympic distance race, posting an aquabike time of 2:21:41.