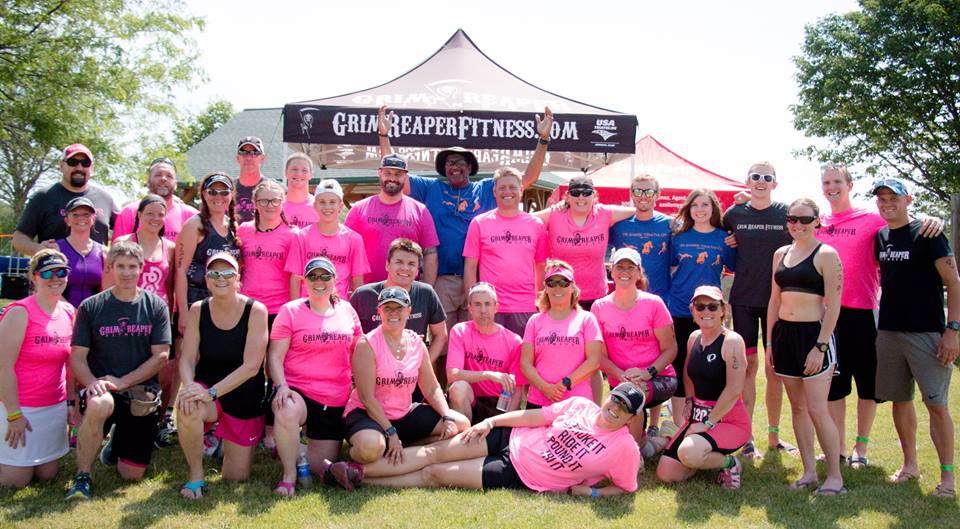 Goughner, a member of the GRF Youth & Junior team, earned hardware in his first ever triathlon, winning the 13-15 division in 1:28:27.

Chris’ older brother, Michael, posted GRF’s second-best time of the day at 1:10:57, but placed 9th in the Elite division.

In the Dri-Shark Duathlon, which consisted of a 2-mile run, 13-mile bike, and 3.1-mile run, Age Groups were divided into only 39-and-under and 40-and-over. Reapers Pam Walden and Glenn Tuuk both finished 5th in 40-and-over.

Next stop for Grim Reaper Fitness will be Sunday at the Grand Rapids (MI) Triathlon, which will again be hosting the USA Triathlon Clydesdale and Athena Championships, and TriHarder Promotions’ Stovepipe Sprint and Railsplitter Olympic Triathlons on June 17.