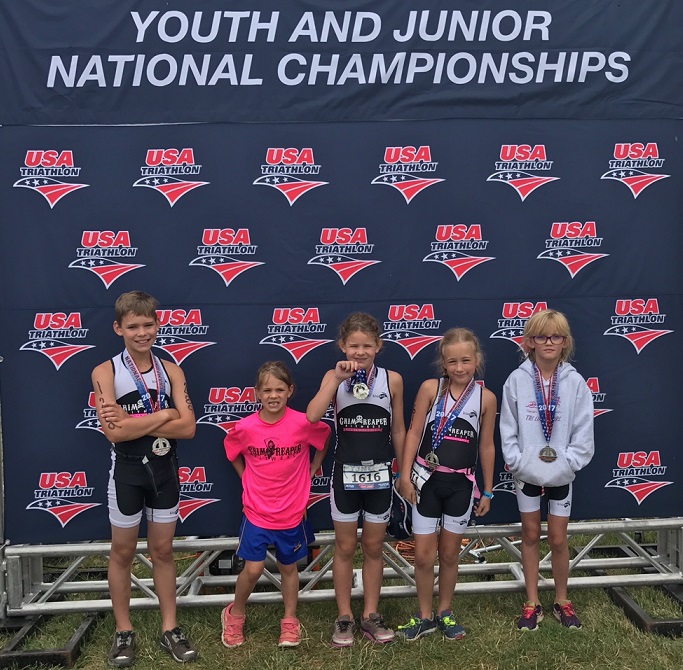 Isaac Goughnour had the group’s best time, finishing in 34:49 to finish 20th among 14-year-olds. Ainsley Matthews overcame a wrong turn on the bike course to finish 41st among 13-year-old-girls, while Alex Thurston crashed on the bike, but still finished 22nd in the 11-year-old age group.

Bella Thurston had the best time in the younger group, finishing in 24:55 for 23rd place among 9-year-olds, while Sophia and Addison Donahue, were 28th among 9-year-olds and 8th in the 7-year-old division, respectively.