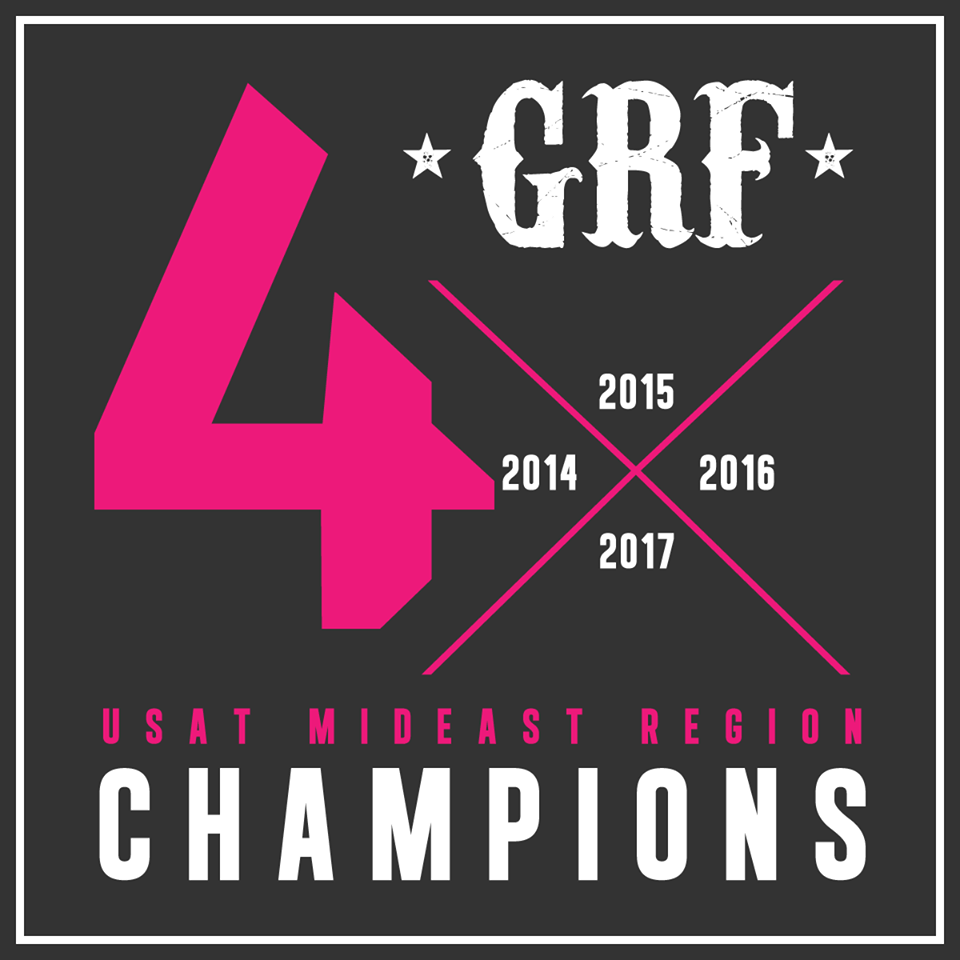 It was the fourth straight year that GRF won its division in the series, which awards points to clubs based on participation and performance. GRF won Division III in 2014, its first season participating in the series. In 2015, the club moved up to Division II and outscored much larger clubs to win the all-division trophy.

The Mideast Region covers Illinois, Indiana, Michigan, Ohio, and Kentucky. USAT is restructuring its regions for 2018; Illinois is expected to be included in a much larger region that extends further west.