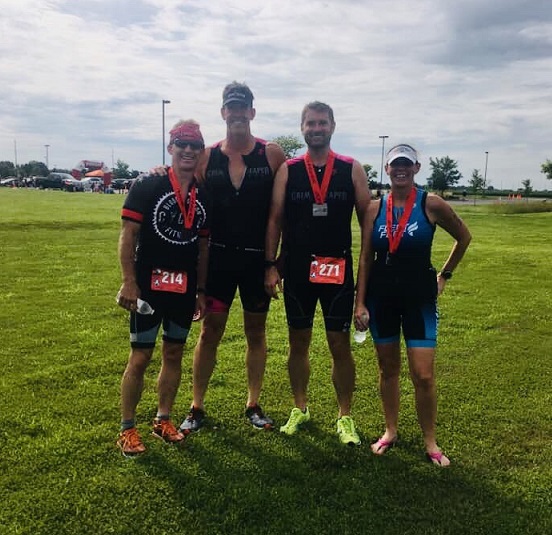 In Michigan, Hari completed her first triathlon since 2017, finishing the inaugural Traverse City race in 7:07:57, which was good for 62nd out of 120 competitors in the women’s 50-54 division.

At Chicago, the swim portion of all races was eliminated due to waves up to six feet high. Nord’s relay team, TRI-ceratops, took 6th in the women’s sprint relay, which ended up following a run-bike-run format. Nord, as her team’s designated swimmer, ran the initial run leg of .7 miles in 5:32, for a 7:23 pace. The team finished in 1:48:27.