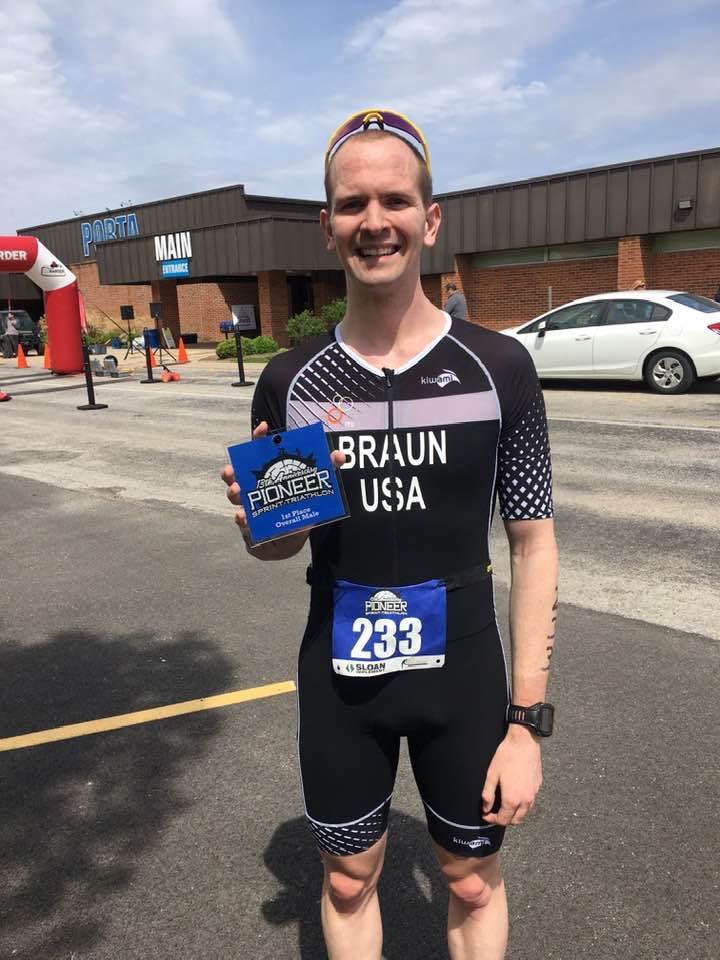 PETERSBURG – Michael Braun was the overall winner at the Pioneer Sprint and Erik Rankin was 3rd overall in the Abe’s Mini as Grim Reaper Fitness kicked off its 2021 multisport season at the two TriHarder Promotions events Saturday.

On a day where triathletes faced a strong headwind for the entire back half of the cycling leg, Braun comfortably broke the one-hour mark, finishing at 58:11:33. He completed the 300-yard swim in 4:04, the 12.4-mile bike in 34:00 and the 3.1-mile run. That run time was the fastest of the day and was the difference for Braun, who won by 33 seconds, but had a 53-second advantage over the 2nd-place finisher in the run.

Rankin warmed up for the Pioneer Sprint by competing in the Abe’s mini. He completed the 100-yard swim, 5-mile bike, 1-mile run event in 24:28 to place 3rd overall. He then turned around and won the men’s 40-44 age group with an overall time of 1:12:33. Rankin, who likes to say “no one is faster than me changing clothes,” on the race in transition. His margin of victory was 24 seconds, but he held a 40-second advantage over the 2nd-place competitor in the T1 swim-to-bike transition and a 13-second margin in the T2 bike-to-run transition.