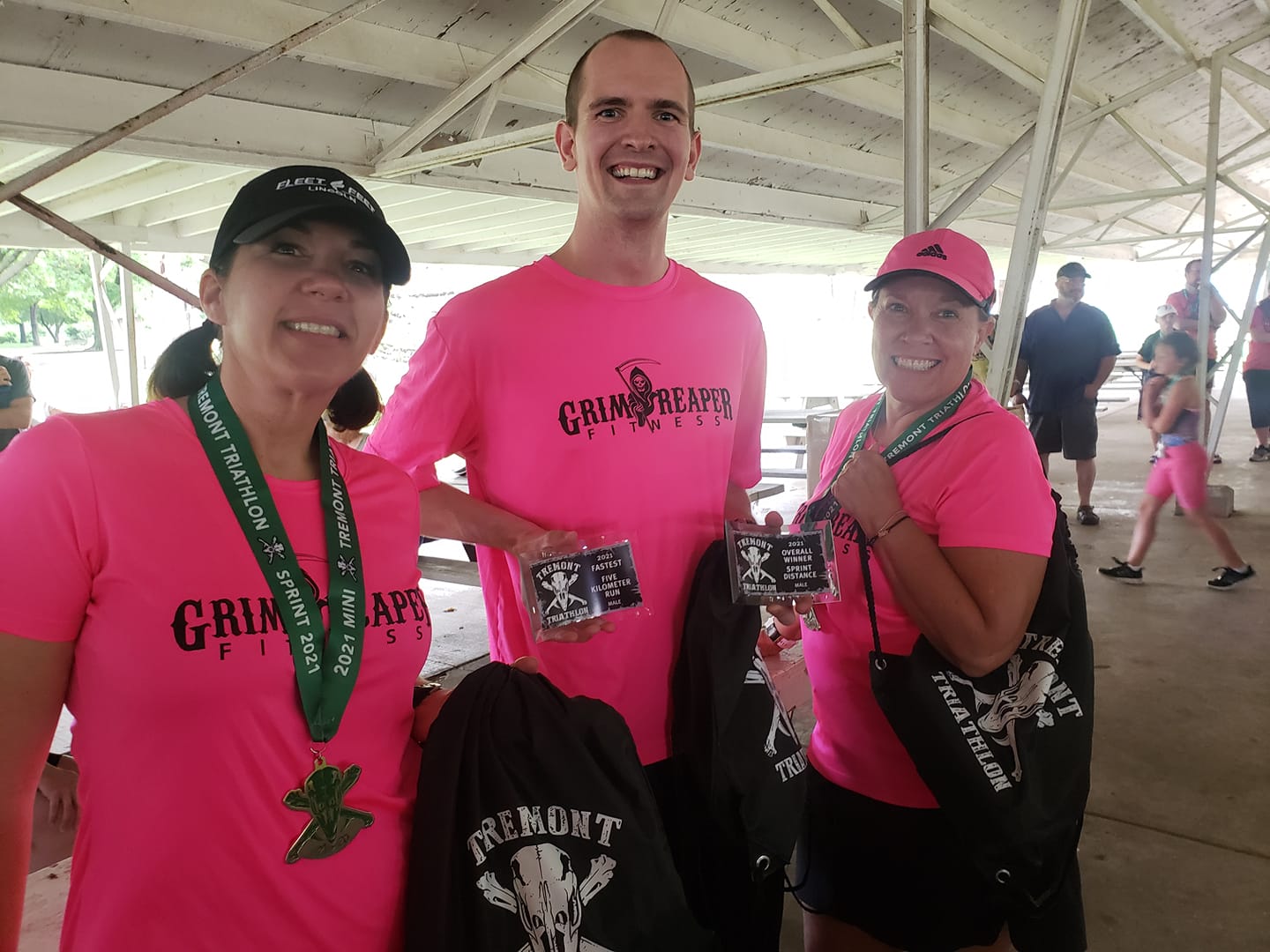 Michael Braun was at it again, leading a group of Reapers here Saturday by claiming his third overall triathlon victory of the season. Meanwhile, fellow club members and Killer B’s Laurie Bederka and Brenda Shaw also medaled finishing 1st and 3rd in their respective age groups.

Braun who sandwiched overall titles at the Pioneer Sprint in May and the Tri-Shark Duathlon in June around a 12th-place age group finish at Ironman Tulsa, finished in 1:05:33, 46 seconds in front of his nearest competitor. He completed the 400-yard swim in 5:57, the 15.45 bike in 38:49, but won the race on the run. His 18:59 5K was easily the best of the day and nearly a minute-and-a-half better than the 2nd-place finisher.

The previous weekend a handful of Reapers trekked to Des Moines, Iowa, to compete in half Ironman distance race. Due to early thunderstorms, the race start was deleted and, thus, the bike course was shortened, so racers completed a 2000-meter swim, 28-mile bike (instead of the usual 56), and a 13-mile run.

Jori Cooper (swim), Tim Auth (bike), and Matt Lawson (run) teamed up in the relay division; their finishing time of 4:14:10 was good for 10th place.