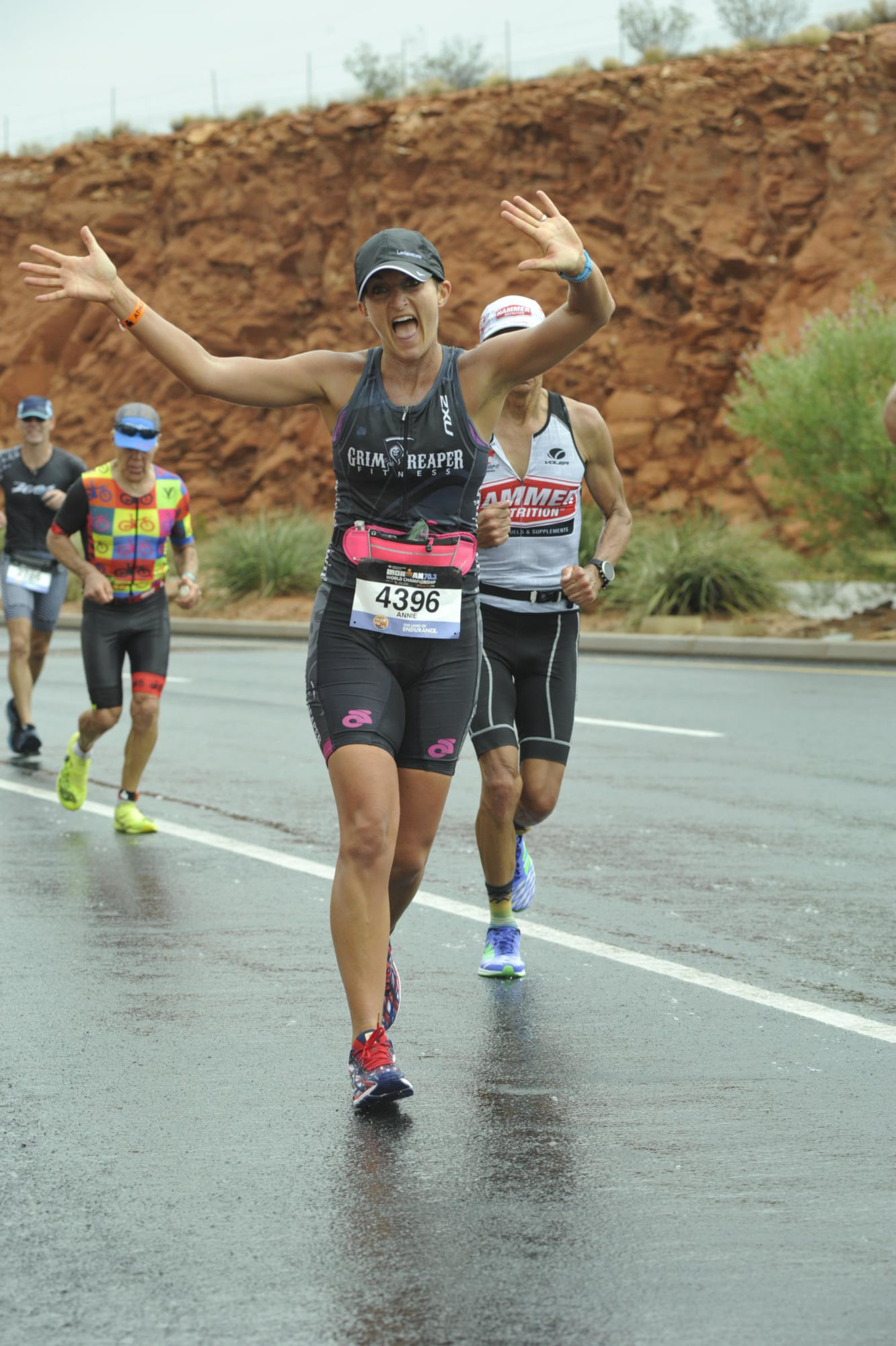 While Annie McGee was competing in the Ironman 70.3 World Championships over the weekend, Michael Braun was capturing 3rd overall and Ami Hileman was winning her age group.

McGee, who qualified for Worlds by virtue of her performance at the Des Moines 70.3 earlier this year, faced a difficult challenge at St. George, Utah. Racers were prepared for very hilly run and bike courses, but they had to perform in a steady rain and, at one point, hail, as well.

At Champaign, Braun, who had one the overall title at two races earlier in the season, was coming off a 200k-run even the previous weekend. He posted a 1:04:24 on the flat course, which consisted of 300-meter pool swim, 14-mile bike, and a 3.1-mile run through the University of Illinois campus. Braun did the swim in 5:27 (the time includes a lengthy run to the transition area), the bike in 44:09, and the run in 18:52.