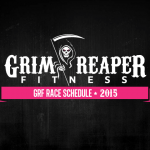 Grim Reaper Fitness has announced its 2015 race schedule, highlighted by its drive to repeat as USAT Mideast Region Champions and improve upon its 2nd place finish at USAT Club Nationals. GRF won the Division III USAT Mideast Region Club Series Championship in 2014. Due to increased membership, GRF is likely to compete in Division II in 2015. In … END_OF_DOCUMENT_TOKEN_TO_BE_REPLACED 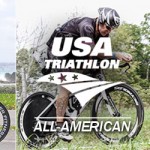 David Quinn, Jeff Grabinski, and Carey Weaver of Grim Reaper Fitness have been recognized as All-Americans by USA Triathlon (USAT) for the 2014 season. A Bloomington police officer, Quinn is ranked 7th in Illinois in the 45-49 Age Group and 32nd in the five-state Mideast Region. Competing in the 55-59 Age Group, Weaver is ranked 8th in Illinois … END_OF_DOCUMENT_TOKEN_TO_BE_REPLACED 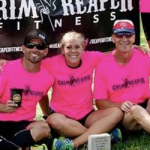 Lisa Becharas of Bloomington-based Grim Reaper Fitness has been recognized as an All American by USA Triathlon (USAT) for the 2014 season. Becharas, competing in her first triathlon season, is ranked 1st in the state of Illinois in the 24-29 Age Group and 3rd in the five-state USAT Mideast Region. An assistant track coach at Illinois Wesleyan, … END_OF_DOCUMENT_TOKEN_TO_BE_REPLACED